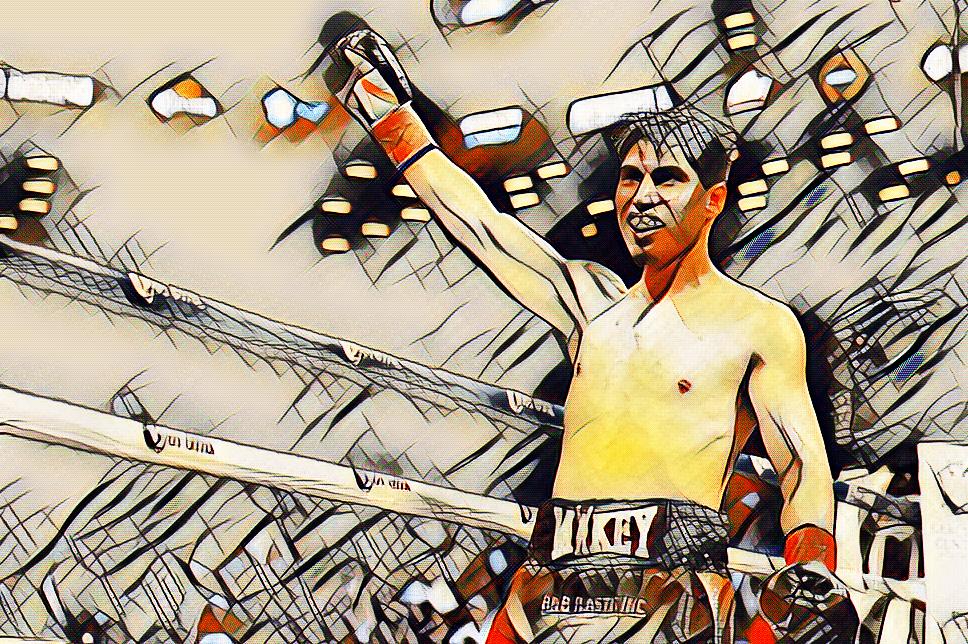 Mikey Garcia has joined the elite ranks of boxing’s all-time greats by winning a world title at a fourth different weight.

But the noble art’s latest maestro feels he still does not receive the global recognition his undoubted talents richly deserve.

So he is planning a stunning assault on the winner of the May 12 unification fight between lightweight machine Jorge Linares and Vasily Lomachenko, rated by many as the best pound-for-pound boxer in the world.

They are set to meet at Madison Square Garden in New York on Saturday, May 12 so Garcia may take on Robert Easter for his IBF lightweight title.

Now the unbeaten new IBF light-welterweight champion, who has won 30 of his 48 victories by way of knockout, is looking for fresh challenges as he bids to take his stellar career to even greater heights.

The Californian joins the lines of Manny Pacquiao and Juan Manuel Marquez having conquered four divisions after beating Sergey Lipinets in an unanimous points decision to take the light-welterweight crown at the Freeman Coliseum in SAN Antonio, Texas.

He also currently holds the WBC lightweight title but will have to make a decision which one to relinquish and which one to defend by the end of next week.

The other titles Garcia has won are WBO straps at super-featherweight and featherweight and he told a press conference after beating Lipinets, who he put down in the seventh round: “I’m very happy to get this victory, get this fourth world title.

“Four divisions means a lot. I think it is a step closer to the direction I want.I want to be one of the best fighters of this generation and I’m on my way to getting that recognition.

“These four title does that for me. There’s a lot more to come. We’re on our way to bigger things. Winning this title is an honour and to be mentioned with the lines of Pacquiao and Valdez is a huge compliment and an honour for me.

“I am very grateful and emotional. It is an amazing feeling to leave behind a little chapter of boxing with my name along with the names of my brother and my dad for years to come.”

Dad is his trainer Eduardo and his brother is former world champion Robert, who also helps Mikey prepare for fights.

Taking the latest crown to adorn his collection was not easy as Kazakhstan’s Lipinets was unbeaten in his 13 fights (10 KOs) and was determined to make a successful first defence of his championship.

The 39-year-old champ from Moreno Valley, added: “In the immediate future I want to come down to 135lb and unify the titles there. One last time I want to fight at 135.

“After that I will move up to whatever option is greater, 140 or possibly 147. I want to take big chances. That’s the only way I will be remembered.

“If I take easier fights people won’t give me recognition, people won’t accept me as a champion. But if you take on the biggest challenges people will always love you for that.”