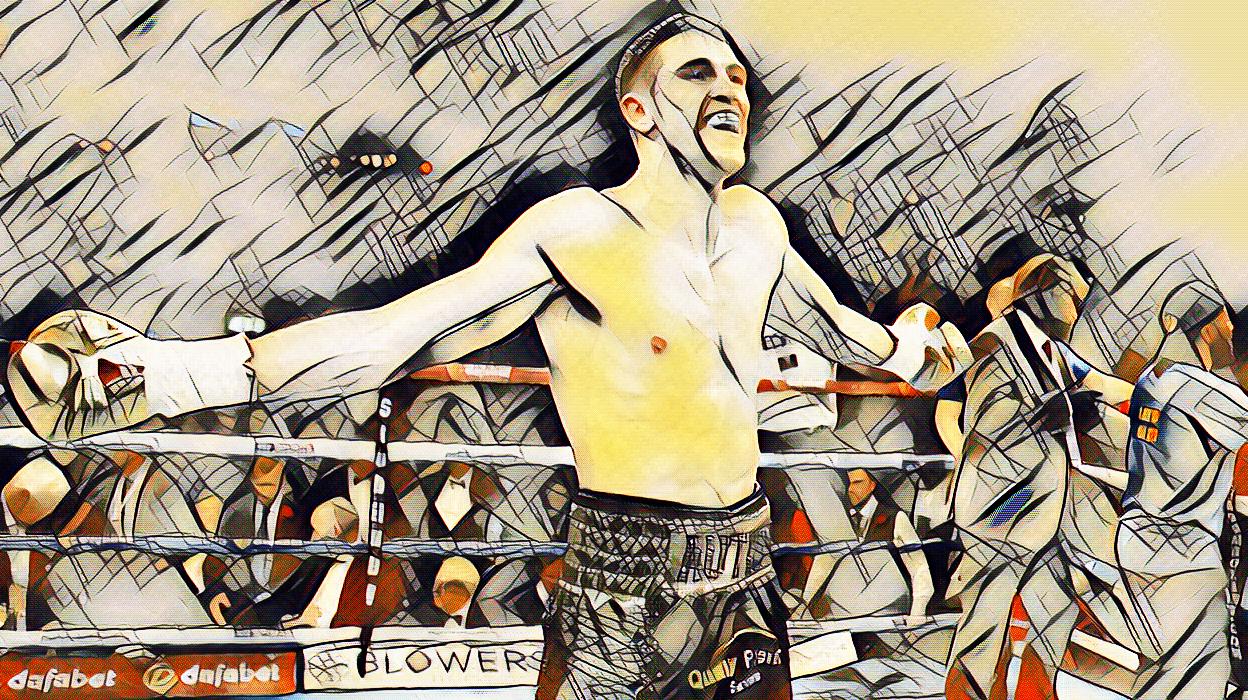 Callum Smith is one quarter of the famous fighting Smith brothers, all of whom have held British championships and fight with AUTISM in block letters on their shorts.

He and his brothers help raise money and awareness for the neurodevelopment condition, namely for the Olsen House School in which his sister Holly attends.

Having met the brothers on numerous occasions, I can personally attest to each of there modesty and respect to even the lowest ranked of professionals such as myself.

Two of my very good friends and stablemates, Ian Jackson and Ryan Moore can vouch for Callum’s power as well. Both have been been stopped in the first round by Smith back in 2013 as part of his impressive run of six straight opening round knockout victories.

The Liverpool man set up an all English WBSS final with a wide unanimous points victory over late replacement Nieky Holzken in Nuremberg.

Smith cruised to a lopsided unanimous points decision, controlling the fight behind his long lead hand and superior footwork. He didn’t have it all his own way though.

Holzken’s front foot counter-punching style presented him with a few problems, albeit minor ones. Specifically the right hand over the top, in which the unheralded Holzken landed on few occasions.

Smith’s original opponent for the semi final, Jurgen Brahmer, pulled out with just days to the fight. Leaving Smith with the game, yet much less experienced substitute Holzken.

Watching ringside was George Groves. Having come off his own dominating performance in his semi final, the Londoner was keen to see who would join him in a fight for his WBA title and Muhammad Ali trophy in the WBSS Final.

His subsequent shoulder injury from the Eubank fight will require “minor surgery” — alas Groves will request a one month extension on the scheduled June 2nd date for the final.

Groves said: “The good news is I’ll be fit to fight in the final in July. We will be applying to the World Boxing Super Series for a one-month extension and are hopeful of securing this.”

My early prediction, presuming of course the final does go ahead, would be another George Groves win.

The build up between these two consummate professionals, may not have the needle or excitement of the Eubank-Groves fight. But you can guarantee the contest itself will be just as fascinating.

While the fight was happening Saturday night in Nuremberg, some 700 miles away the Stefy Bull promoted Doncaster show was cancelled, due to Scott Westgarth being taken ill after his 10 round British title eliminator with Dec Spelman.

I’m writing this with a heavy heart, in hearing the news that Westgarth has sadly passed away.

It’s another terrible incident that sadly happens from time to time after a gruelling fight. Westgarth was the underdog going into the contest. The devastating irony of how he won the fight, but later lost his life, will no doubt make it all the more difficult for his loved ones to come to terms with.

The British Boxing Board of Control boasts the best safety measures in the world, but tragically there is sometimes no accounting for such disasters. The whole boxing community has given tribute to Westgarth via social media and are raising money for the fallen fighters family.

You have to give any fighter credit for the bravery to step into the ring, regardless of their performance, as this tragic incident just highlights how real the dangers are.

My heart sank upon hearing the news of Westgarth’s death. I’m personally deeply saddened by the news and would like to take this opportunity to offer my sincerest condolences to the family and friends of Scott Westgarth.

Turned professional in 2011, trained and managed by Michael Ballingal at Bally's Gym in Portsmouth. Has boxed in every corner of the UK, including Bethnal Green, Elland Road, Villa Park and in Belfast, Manchester, Liverpool and Edinburgh. Favourite boxer is Oscar de la Hoya.
SHARE TWEET PIN SHARE